I have always been fascinated by the history of technology. Being a software engineer by trade, I work on the forefront of technology, constantly having to keep up as things change. So outside of my work, I enjoy learning about the history of my field, and how we got to where we are. As an amateur radio operator, naturally I also have an interest in the history of radio, and going back far enough, the history of computing and the history of radio intersect at the invention of the vacuum tube or valve, which has been the basis of basically all modern electronics. I have always enjoyed fixing things myself whenever possible, so I decided to start learning to fix antique radios. I love the look of radios from the past, and started collecting both antique radios and also antique test and measurement equipment, specifically pieces that relate to radio work and repair.

I began working through my collection of equipment, cleaning and fixing up the historical pieces to either display, or use in the work of fixing others. But an interesting thing happened when I started telling people about my new hobby, and word spread. I began hearing from people, and not just a few, that they had an old radio sitting around, and they would ask if I could fix it for them. This fascinated me at first, because I had not expected so many people would have an old, non working radio. Most people get rid of things when they don't work anymore. I began to try to think why this might be the case, and came to the conclusion that many people have probably inherited an old radio from a relative or friend who passed away. The radio is an heirloom, or may have been special to its owner, and so for this reason, the person who inherits it doesn't want to just get rid of it. But being anywhere from 50 to 80 years old, it more than likely doesn't work anymore either. This results in the old machine probably being put into storage indefinitely. Possibly, they even tried to look into getting it fixed initially. But sadly, gone are the days when you can just take your broken radio or television to the local repair shop downtown and get it fixed. Modern electronics are made to be disposable and this is just a shame. So, the old radio gets boxed up and put into storage and forgotten. Until they happen to hear that someone local knows how to restore these beautiful pieces of history back to working electrical condition!

I'm sure this isn't the case with every old radio by any means, but I think this is the general story of many of these radios I've been contacted about fixing. I am so glad people have been reaching out to me too, I am more than happy to do my part to save these old pieces from being thrown out, or just slowly rotting away in storage because people just aren't sure what to do with it. 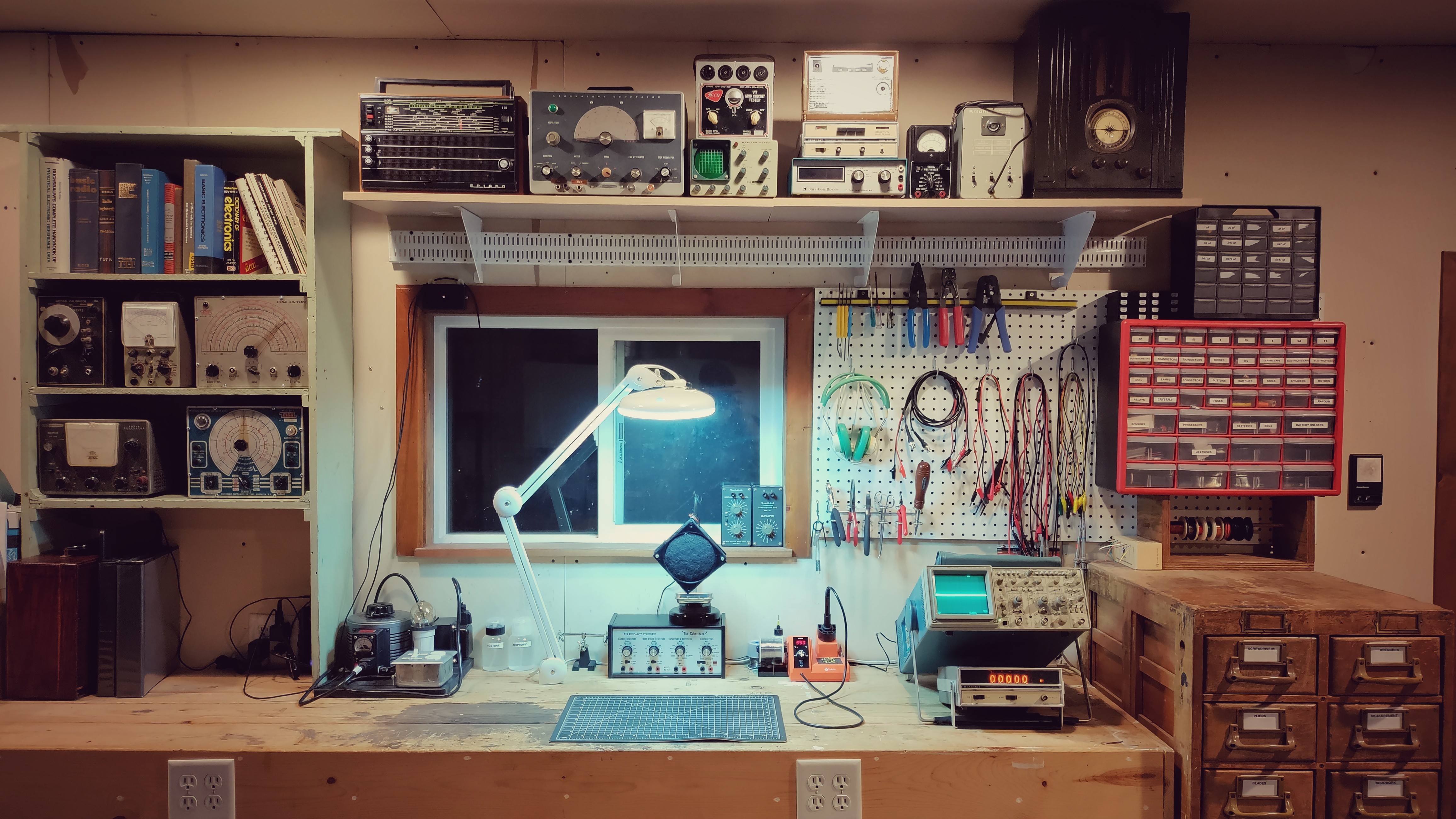 My favorite part of working on antique radios and restoring them, is thinking about their history as I work. I've always loved visiting museums and as I look at the items, I try to imagine their past. I picture their original owner or owners using the item back before it was just an educational curiosity to learn about our past. With radios, this harkens back to the Golden Age of Radio. It's so fascinating to imagine that barely 100 years ago, getting news in near-real-time was simply not an option. Information traveled slowly, and probably the fastest option would be a telegraph, but since this required wires between any two places that wished to communicate, it obviously severely limited communication, and information still had to spread from there once it arrived by telegraph. The development and popularization of wireless radio communication eventually meant that anyone (assuming one could afford the hefty price of a radio) could directly receive news right in their own home, from the comfort of their own living room. Especially for any radio made before or during WWII, it can be almost assumed that people probably gathered around it almost nightly to listen to the news of the war, to hear what was going on around the world, and to learn of the terrible battle that everyone they knew was involved in somehow. Fathers, sons, neighbors, etc were fighting on the front lines, and everyone was in some way involved in the war effort.

WARNING: If you have an antique radio or other device you are considering having restored, please read!

If you have an antique radio that you are considering having restored by me or anyone else, it is important that you do NOT try to plug it in and "see if it works". Believe me, I understand how tempting this can be, but even just plugging some of these old devices into the wall can be dangerous to:

All of the utilities on this website are proudly provided to the amateur radio community free of charge! However, there are costs (servers, etc) involved for me to keep it going.

If you have found them useful, and would like to show your appreciation and help with costs, you can throw a few dollars into the hat below!

No thanks, I gave at the office...